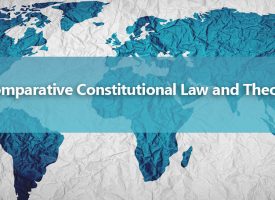 The goal of my presentation is to delve into Argentina’s -and other regions of Latin America- failure to work out a balanced system of human rights protections coupled with democratic institutions. Bearing in mind the latest developments around the world, my lecture aims to provide a two-prong basic claim. On the one hand, to challenge a deceitful neo-constitutionalist grasp whose internal logic is straitforwardly connecting human rights hazards with democratic decision-making outcomes.

On the other hand, in terms of democratic-republican goals, my lecture will argue that a wide range of theoretical complaints is falling short. Furthermore, by neglecting the devastating consequences of lacking political legitimacy, both the populist and the neo-constitutional mindset are driving several constitutional systems to an endless crisis. In the so-called non-consolidated and some consolidated regimes, such circumstances are bringing about dismay, intolerance, and civic unrest. In short, current constitutional responses must be outspokenly resilient toward both, populism and non-democratic constitutionalism. 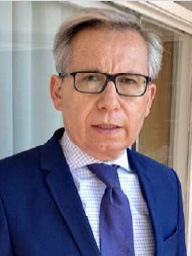 Pablo Riberi holds a Philosophy degree, a Law degree, and a Doctorate degree in Law and Social Sciences granted by the Universidad Nacional de Cordoba, Argentina. He has also ‘Specialized’ in
Constitutional Law in the Center for Constitutional Law Studies in Madrid (Spain). Finally, he was awarded an LLM by Temple University of Philadelphia, U.S.A.; degree which was obtained through a Fulbright Commission Scholarship.

He has lectured in many conferences on Constitutional Law, Constitutional Theory, Comparative Constitutional law and Political Philosophy. He has also been a professor, lecturer and/or researcher in several Universities, both in Argentina and abroad. Among other distinctions, for example, he has been a visiting scholar at Science-Po, Paul Cezanne, Aix-en-Provence, France (2009, 2014, 2017); at the Clough Center for the Study of Constitutional Democracies, Boston College (2018); at the Washington and Lee, Law School, USA (2018-2019) and he has been twice awarded the Max Planck scholarship for the advancement of Science to pursue a research time period at the Max Planck Institute for Public Comparative Law and International Law in Heidelberg (fall semesters 2014 and 2016).

He has held several public responsibilities in the past. For example, through a general election, Pablo Riberi was elected representative (and appointed by his peers) the Second Vice-President of the Assembly that reformed the State Constitution of Córdoba (2001).

He is currently a member of the Executive committee of the International Association of Constitutional Law (IACL-AIDC).