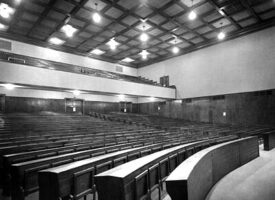 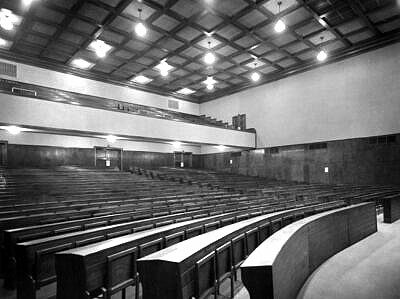 Podcast | International Workshop: Karl Bühler and the Vienna Psychological Institute or The Underestimated Importance of the Local

On 4 and 5 February 2021, an international workshop on Karl Bühler and the history of the Vienna Psychological Institute was held at Sigmund Freud University Vienna, led by Janette Friedrich and Gerhard Benetka.

The workshop focused on Karl Bühler’s work at the Psychological Institute of the University of Vienna from 1922 to 1938, with the aim of bringing into focus the relationship between his work and the scientific community. Usually, the thinking of a researcher is derived from his works; books and articles are the main source of reception and can be found at the centre of both the personal and the history of ideas, problems and concepts in the sciences. The workshop was dedicated to another, in our opinion equally essential but often neglected source of scientific thought, which could be called “science and university activities” or, in short, everyday science. Here we are mainly concerned with local activities: courses in which ideas are tried out and accentuated; research programmes, even those that were never realised; conference and association activities; research colloquia; the supervision of doctoral theses; collaboration with colleagues from one’s own or other faculties. The challenge with these sources is that they have to be searched for and reconstructed in meticulous detail, and in some cases they have to be made accessible indirectly.
Abstract Workshop (pdf)

Speakers at the workshop:

Friedrich, Janette (SFU)
The relationship between the work and the scientific enterprise. Some reflections on the concept of the local in the history of science

Lethen, Tim (University of Helsinki)
The history of a rapprochement: Kurt Gödel and the Psychological Institute

Löffler, Petra (University of Oldenburg)
Milieu of Film. On the Significance of the Environment in Karl Bühler and the Viennese Psychological School

Czwik, Maria (Institute Vienna Circle, University of Vienna)
Research on film at the Institute of Psychology in the 1930s

Knobloch, Clemens (University of Siegen)
The unity of “expression” and “control” and some of its late consequences (Fritz Heider and Gustav Ichheiser)

Vasold, Georg (Institute for Art History, University of Vienna)
“His influence on all of us was very significant” (E. Gombrich).
Spotlights on the reception of Karl Bühler by the Viennese School of Art History.

We invite you to listen to and read the results of the workshop:

Conference Proceedings:
Karl Bühler and the Vienna Psychological Institute or the underestimated importance of the local, ed. by Janette Friedrich and Gerhard Benetka. Geneva: sdvig Publishers. (in preparation)